Documents and Readings on the Traditional Latin Mass

“a much needed work . . . a precious gem in our library of liturgical works.”
—Fr. C. Frank Phillips, Canons Regular of St. John Cantius—

“belongs in the library of any Catholic person or organization devoted to the Traditional Latin Mass. . . .
If the priest who says that form in your parish or chapel doesn’t already have a copy,
it would make a most appropriate gift.”
—Una Voce America Nota—
“I am sure that this book will help many to better understand the great graces
that have been opened again to the whole Church by the Motu Proprio Summorum Pontificum.”
—Msgr. R. Michael Schmitz, Vicar General in the Institute of Christ the King,
Provincial Superior for the Institute in the United States—
“David Pietrusza’s ‘Sursum Corda’ makes the strongest case of all that the Latin Mass for which martyrs died is not only alive and vibrant today but growing. Here are all the documents from the Council of Trent in which the traditional Latin Mass was conceived to the Second Vatican Council which was interpreted to thwart it to Pope Benedict’s “Summurum Pontificum” that encouraged its practice.
This is must reading, not only for devotees of the Mass but for opponents and non-Catholics to understand why it means so much after 500 years.”
— John Gizzi, White House Correspondent, Newsmax— 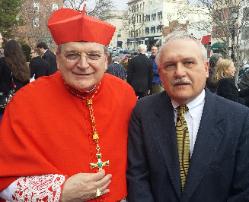 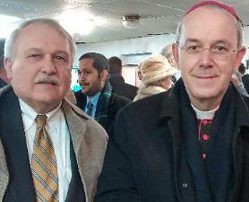