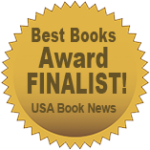 LBJ vs. JFK vs. Nixon: The Epic Campaign that Forged Three Presidencies

“Almost half a century after Theodore White’s The Making of
the President, 1960, Pietrusza (1920: The Year of the Six
Presidents) raises the bar with his winning and provocative
chronicle. . . . Highly recommended . . . “
—Library Journal— (starred review)

“Pietrusza is not beholden to any of the three candidates . . . a
wide-ranging panorama that includes a vast cast of characters
. . . An outstanding reexamination”
—Booklist—

“[A] colorful, character-driven narrative. . . . A lively look at the underside of a campaign.”
—Kirkus Reviews—

“LBJ vs. JFK vs. Nixon: The Epic Campaign That Forged Three
Presidencies aims to take us deeper into the campaign than
Theodore White’s famous The Making of the President, 1960.
And it does . . .”
—The Chicago Sun-Times—

“Here’s what Theodore White didn’t tell you
in ‘The Making of the President, 1960.'”
—The Denver Post—
“The tone of a thriller, complete with suspense and twists and turns . . .
the kind of book that makes reading history enjoyable.”
—Book News—

“Essential for understanding the political forces that in many ways shaped the world we live in today.”
—David Mark, Sr., author of Going Dirty: The Art of Negative Campaigning and senior editor at Politico—

‘1960’ is a remarkable book that brings the personalities of John F. Kennedy, Richard Nixon, and Lyndon Johnson
to life, taking readers deep into an election that changed history and will forever be engrained in our memory.
At its core, the book paves a road that will eventually lead to three vastly unique Presidencies.
A great behind the scenes look into the amazing chaos of American politics.”
—Filmmaker Ashton Gleckman—

“among my favorites, prominently displayed on my bookshelf”
—Michael LaRosa, Press Secretary to Dr. Jill Biden—

“A cinematic retelling of a pivotal election . . . With an eye for he telling detail and broad sweep of twentieth-century
American history, Pietrusza’s story is an important reminder of the perils of choosing a president.”
—David O. Stewart, author of The Summer of 1787: The Men Who Invented the Constitution—
“1960 provides new insights into that year’s hard-fought, pivotal election, but, more than that, 1960 is
great storytelling―a fascinating, can’t-put-it-down account of how American politics really works.”
—Richard Thornburgh, former governor of Pennsylvania and former attorney general of the United States—